January Snow Forecast and Its Impact on Ice Dams 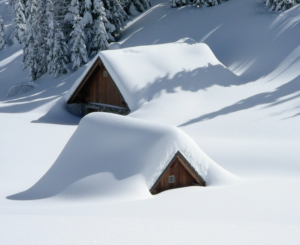 After an unseasonably warm start to the winter season, you may be wondering what’s in store for January. Which areas will get snow, and how will the snow forecast impact ice dams? Let’s take a look at what weather experts are predicting in the coming month.

A risk of upper-level blocking may increase heading into January, which could bring a change in expected temperatures in the Eastern states. Cold temperatures will begin to shift eastward, from New Mexico, across the South and up along the East coast and into southern New England.

But southern states will still be seeing the coldest temperatures, mainly Texas, Mississippi and Louisiana.

The rest of the country will likely see a warm January. The Pacific Northwest all the way through the Great Lakes can expect warmer than average temperatures.

We likely won’t see many snowstorms in January, which is great news for homeowners and businesses. With warmer temperatures and lack of snow, we can expect fewer ice dams this month.

But we can expect a shift in February, so you may want to start preparing now. Colder than average temperatures will make their way to the Northeast and Southern states during February, so hazardous snow related problems may be in the future.

Preventing Ice Dams from Even Starting

No matter the weather, HotEdge Ice Dam Prevention Systems will prevent the formation of ice dams on your roof. Call (800) 411-3296 today and learn how to protect your roof from the ravages of winter with our roof ice melt systems.