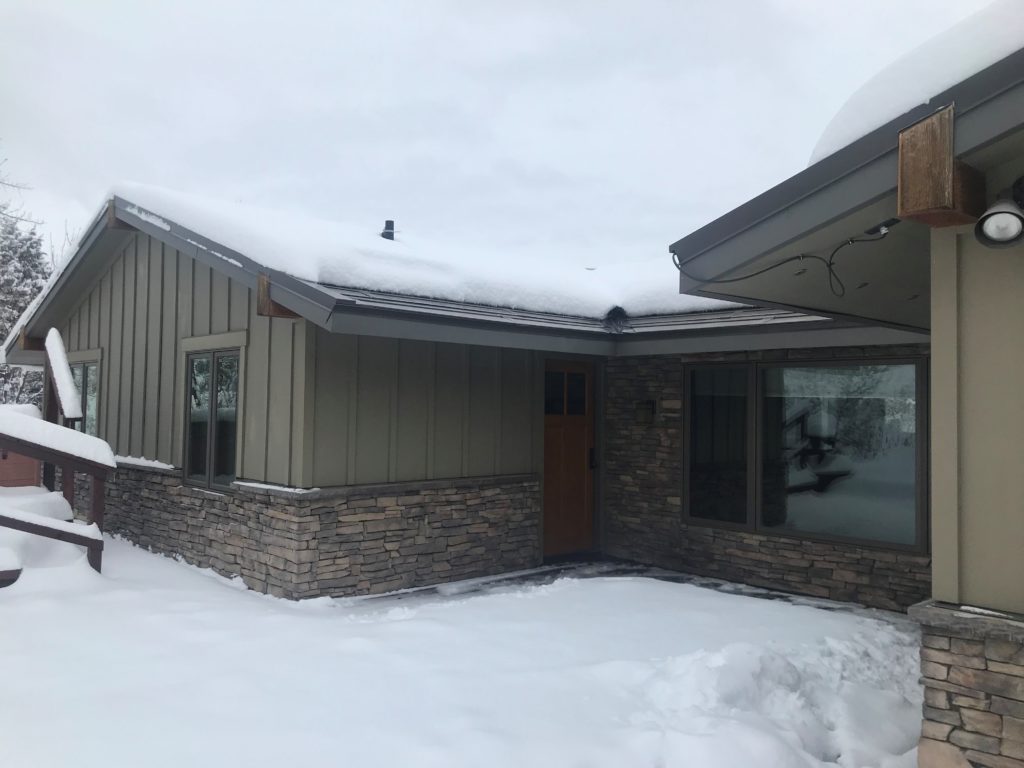 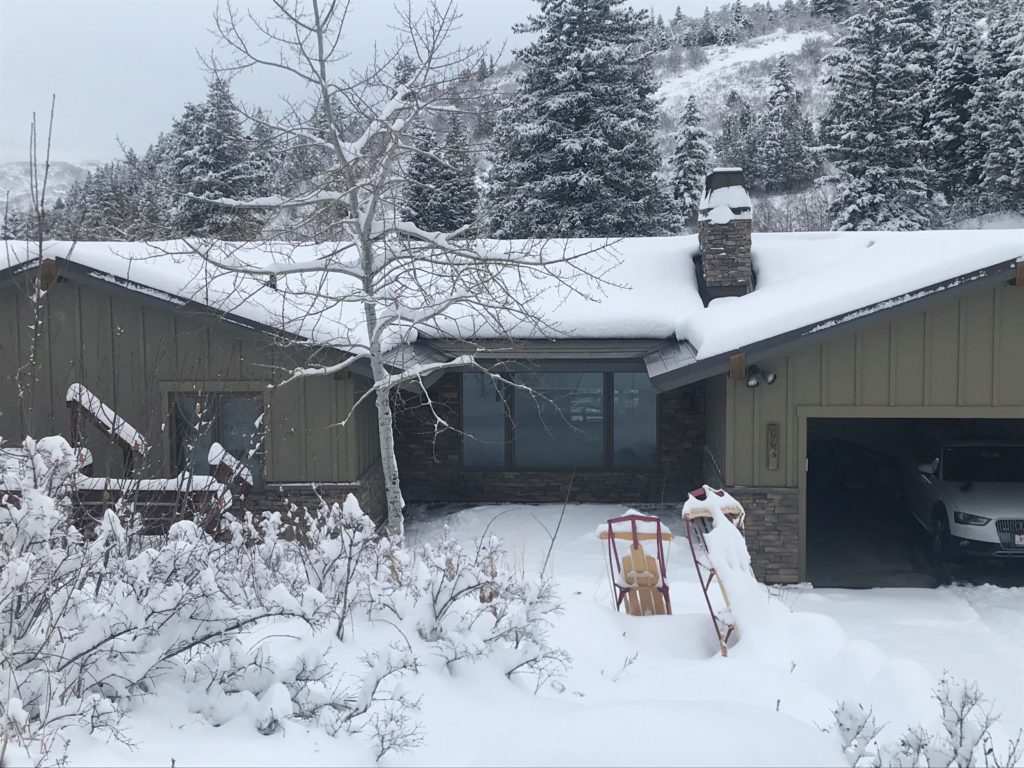 “We had a early test for the Hot Edge, Lots of snow and then melting. So far every thing is working well. The install was easy and took us about a day and a half. I will follow up in the spring and see how we do. Thanks for all your help,putting this project together. Have a Merry Christmas and Happy New Year!” Curries Furniture -Greg Currie

“The 35+ inches of snow we just received from the Noreaster allowed the HotEdge system to do its thing!  Here are some great pictures!” [Major University, WV]

“The HotEdge system, it is one of the best products I have ever found and works as advertised.  It was easy to install and out performs the previous deicing systems I had installed from Home Depot.  I decided the money I spent on the previous systems was wasted.  Your product is well thought out as to its purpose and how it functions.  It has been able to keep the ice dams from building.  I have recommended it to other cabin owners in the area because it works great.” [Rod, S., Park City, Utah]

“We had a snow storm that delivered 19 inches of snow to our area and all ice dams are gone, the gutters are no longer frozen solid and I have more peace of mind.  Very few products work as well as they are advertised but yours does, so while still aesthetically pleasing.  I have told so many people about the product and advised that they check out your website.  It is rare that I feel so comfortable endorsing a product.  Thank you for having a product that works so well!” [Alan J. NY]

“Snowfall has been significant where we live.  Can’t be happier with the system.  A great investment as far as we are concerned.” [GM]

“The Hot Edge is doing the job by keeping the ice from building up over the edge. We installed the HotEdge Rail™ on a cabin in the Big Horn Mountains. The ice would build up on the edge of the roof and cause damage to the cabin. The customer is happy so that make us happy. That good customer service.”  [Gary F., Sheridan, WY]

“The HotEdge system met and exceeded our expectations.   Not only does it look good because it blends well with the roof, but I like that I can remove the electrical connection from the soffit to the electric outlet in the summer. Nice product.”  [John W.]

“Just a heads up, we finally got some snow so I have had a chance to try your product. I have only had a few days but so far it seems to be working great. I would absolutely recommend this to anyone with an ice dam problem or even if they get a buildup of snow and are worried it will fall on someone.” [Garry, Lake Ontario, NY]

“The HotSeam system is doing exactly what we needed it to.  Ice and snow-pack does not hang over the roof edge at all anymore.  I catch a glimpse of it every morning when I drive in to work and it has been running all season without complications.We had a situation where ice falling from the roof edge was absolutely not acceptable and this system eliminated that possibility.  We pay for the electricity, but the consequences of not having HotSeam installed in that application far outweigh any dollar amount.  Bottom line. My thanks to you guys. ” [Ted E., Facilities Manager, Breckenridge, CO]

“Hello, I’m a previous customer who has used your product on a previous home. I’ve purchased another home the Saratoga, New York area with an existing shingle roof with very deep valleys on the North side of the home which is in need of your product.” [Patrick B.]

“We are very happy with our HotEdge Roof Ice Melt System. It is keeping the roof edge clear of ice just as advertised. It’s doing what we want it to do.” [Dave B. New York, NY]

“The install went very well and the customer is very pleased. We are looking forward to the next one.”  [Mike   L. Manchester, NH]

“I had my doubts about trying a new roof ice melt system, however, I am happy I did.  It was lower cost by a large margin than all other options to present to my customers and my customers are extremely happy with it.  I now push all my customers to use it to address serious ice dam problems. This product is incredibly simple and easy to work with”.  [Keith C.]

“The cost of operating the two systems appears to be negligible as well – on the order of 12 – 15 dollars per month.  We do not operate the systems when the temperature is below 10 degrees Fahrenheit or when there is no snow in the vicinity of the installed systems. Thanks for a great product.”  [Don M, Seely Lake, MT]

“After more than a year your product is up and working.  No ice dams or huge ice hanging of the front of our building.  First time since 1994 when we moved in that we haven’t been dealing with this issue.” [Jim R., IL]

“They just had a home show in Salt Lake, and I know your product would sell to Do It Yourself and professionals.  I  recommend your product highly.”  [Rod, S., Park City, Utah]

” So far I love HotEdge.  We haven’t had a big winter yet.  But so far the HotEdge has worked well at keeping ice dams from forming, which means that snow eventually slides off the roof instead of building up there.” [Suzie, M, Durango, CO]

“I am happy with the performance of the system so far.  It is doing what I expected.” – [Greg T., Silverthorne, CO]

“I have been very pleased with the HotEdge product, does exactly as advertised. Thanks.”  [Sam W., UT]

“To Whom It Concerns: Just a heads up, we finally got some snow so I have had a chance to try your product. I have only had a few days but so far it seems to be working great. I would absolutely recommend this to anyone with an ice dam problem or even if they get a buildup of snow and are worried it will fall on someone. Anyway, you can use the above as a review if you choose. I hope all is well with you.”  [Garry; Lake Ontario, NY]