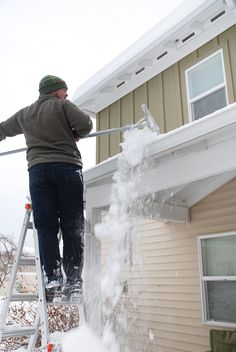 Snow and ice dams can cause damage to your metal roof. Both can cause water to accumulate beneath the shingles and leak into the home. Snow movement can also lead to the collapse of a metal roof.

The HotEdge ICE Melt System can help mitigate these risks. It is a system of heated cables that are mechanically attached along the metal roof’s edge, just above the gutter. These cables completely melt the snow and ice, preventing dams that could damage your metal roof. The system is inexpensive and simple to set up.

What Are Snow and Ice Dams?

Snow avalanches and ice dams can be a major issue for your standing seam metal roof because they frequently result in a roof avalanche.

These dams form when snow and ice on the wood shake roof to melt and refreeze. This can form a barrier that prevents the flow of melted water, causing water damage to your metal panels and attic while still maintaining a modern appearance.

The HotEdge ICE Melt systems function as metal roof snow bars. It is a heated edge treatment that melts snow and ice at the metal roof’s edge, preventing dam formation.

Metal roof snow guards are available in a variety of shapes, sizes, and colors and are made of steel or plastic. Pad-style snow guards, continuous snow guards, discontinuous snow guards, and snow cleats are some of the best snow guards. Most have an angled front edge that creates a snow fence and helps direct heavy snowfall away from the roof. The most popular snow guard styles have a long stem that extends below the shingles and a flat top designed to fit around chimneys and vents.

Installing snow guards for metal is difficult, and hiring a professional is preferable. They are typically installed by professional contractors as part of larger projects, such as roof replacement or new construction.

How to remove ice dams from a roof surface

There are several methods you can use to remove ice dams from your home’s roof. One solution is to use a pressure washer with a high-pressure hose attachment. This method is effective and almost always results in the complete removal of the ice dam. However, it takes time and effort, and it may only be feasible for some people.

A heat gun or fireplace lighter can also be used to remove ice dams. These tools can be used instead of a pressure washer because they generate heat rather than water, which can damage the material you are attempting to melt away from your roof.

The last method for removing ice dams from your home is to use an air compressor with a long hose attachment. Because this tool can be used on large areas at once, it will take you little time to melt away all of those pesky bumps that may be causing you problems.

How the HotEdge ICE Melt System Can Help

If you live in a cold climate, you must keep your metal roof free of snow and ice dams.

Snow and ice dams can damage your metal roof by causing the shingles to break or the metal roof decking to rot. They can also cause water infiltration and damage to your home’s interior.

The HotEdge ICE Melt system acts as a metal roof ice breaker, preventing the formation of snow and ice dams on your metal roof. It is a heated gutter system designed to melt snow and ice before it causes damage. They are a metal roof edge sealant system that creates a barrier between the elements and the roof. This prevents wind, rain, and snow from damaging the roofing material.

Ice dams are a serious issue in cold climates because they can cause water damage to the metal roof and the interior of the house.

HotedgeICE melt systems are simple to install and inexpensive ways to protect your asphalt shingle roof.

Why the HotEdge ICE Melt System Is the Best Option

The ICE Melt System offers numerous advantages over the traditional melting of ice with liquid nitrogen. These include:

It’s easy to use: Unlike other systems that require specialized equipment, this one works with any car or truck. You don’t have to worry about freezing your engine or damaging it in any way while using this system.

It’s safe: The system uses oxygen instead of liquid nitrogen, so there’s no risk of freezing your engine or damaging it in any way while using it.

It’s economical: You won’t spend a fortune melting ice and snow off vehicles.

How to Use the HotEdge ICE Melt System

To begin using the HotEdge ICE Melt System, place your order online. The entire procedure takes only a few minutes and requires no special training or licenses. After placing your order, you will receive an email with a confirmation link.

Before operating the machine, put on protective clothing and safety glasses. When the machine reaches temperature and begins to operate, it will emit a beep. When running, the device makes no noise or emits any fumes, so no ear or eye protection is required.

Snow and ice dams pose a serious risk to your home, business, and property. They have the potential to cause structural damage to your home as well as disrupt your water supply. We recommend that you install guards on your metal roof systems.

The best defense against roof collapse due to ice or snow damage is timely and proper roof maintenance. This includes clearing your roof of as much snow as possible before the plow arrives and checking to see if there are any pools of water forming on it on a regular basis.

If you live in an area where snow and ice dams are common, installing a HotEdge ICE Melt System is a wise investment that can help protect your home from major roofing damage. Please contact Hotedge today at +1 (303) 578-4995 and get a quote! 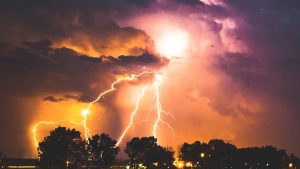 Winter Roof Maintenance Tips Every Homeowner Should Know About

It’s common knowledge that harsh winters can have a negative effect on the integrity of your home. And this is especially true for your roof.