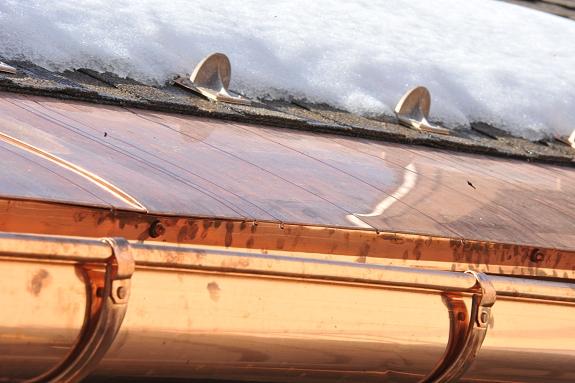 This photo shows a typical HotShingle installation performing on an asphalt shingle roof. Again, this installation requires zero modification and the HotShingle was designed to simply slide over the existing asphalt shingles to create a metal edge as you see it in this photo. Depending on how tight a gutter system is mounted, there can be sufficient space between a gutter system and the drip edge for a HotEdge system. 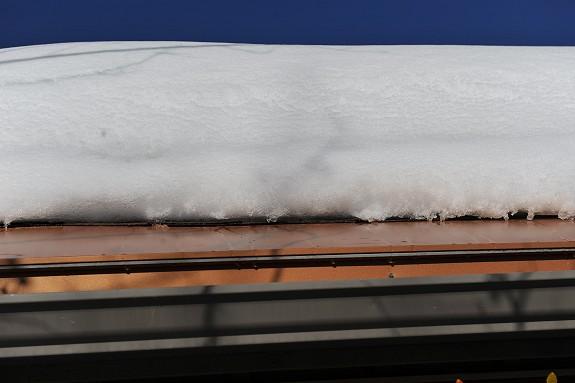 HotShingle is a simple retrofit product designed to slide over existing asphalt shingles. HotShingle combined with the HotEdge Rail prevents ice dams and icicles from forming on a roof edge with a SINGLE heat tape run. This translates into a roof edge ice melt system that is the most energy efficient. Period. 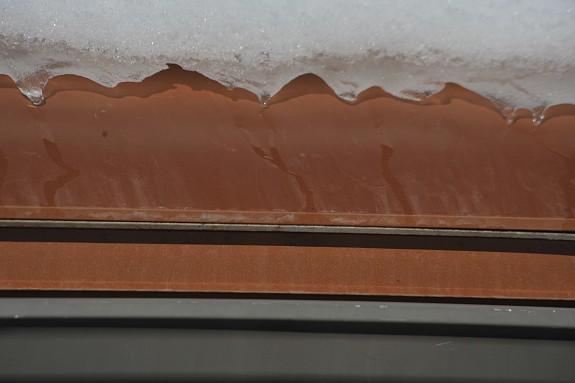 This photo shows HotShingle performing on an asphalt roof structure in high snow load region (300+ inches of snowfall on average each year). The HotShingle system easily retrofits to most asphalts shingle roofs. The HotEdge Rail is mounted below the HotShingle to firmly press heat tape against the HotShingle metal edge to transfer sufficient heat to prevent costly and dangerous ice dam and icicle formations. 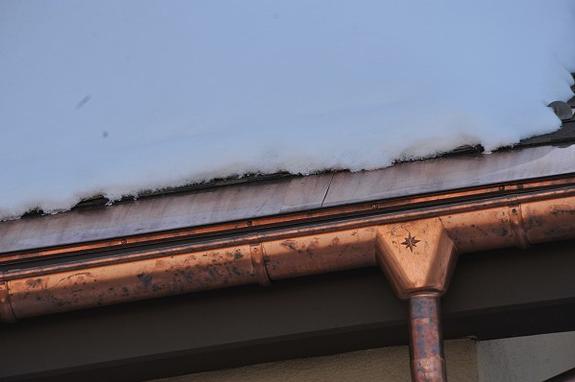 In this photo you can see how a simple single heat cable run pressed directly against a metal edge is able to prevent all icicle and ice dam formations. In addition, notice the 4 inch wide low profile transition panel used between two HotShingle panels. Clearly a very low profile solution to roof ice problems where they begin; the edge!