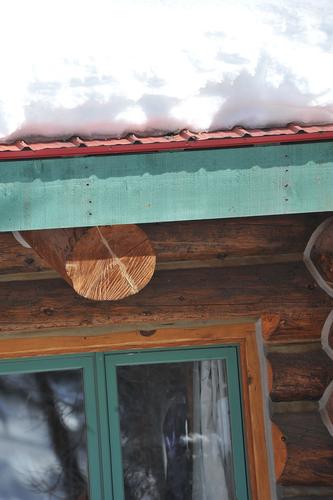 Large ice dams and icicles were always a reoccurring problem on this roof edge. After installing HotEdge Rail, that was no longer an issue. 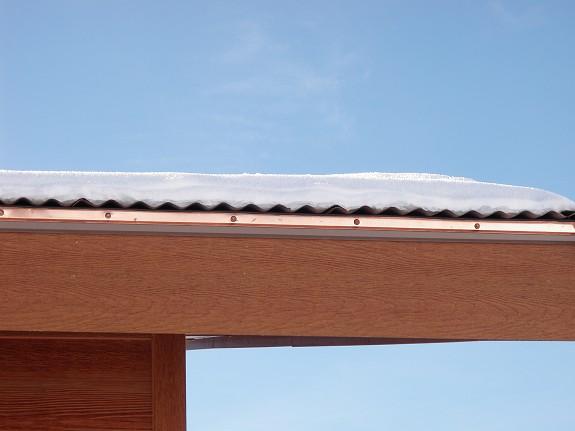 Even though the HotEdge containment and heat transfer system is not able to maintain continuous contact on a corrugated metal roof edge, it is enough heat transfer to prevent dangerous icicle formations. Dangerous icicles use to be a problem on this corrugated roof edge close to the front door on parking area at this mountain home. 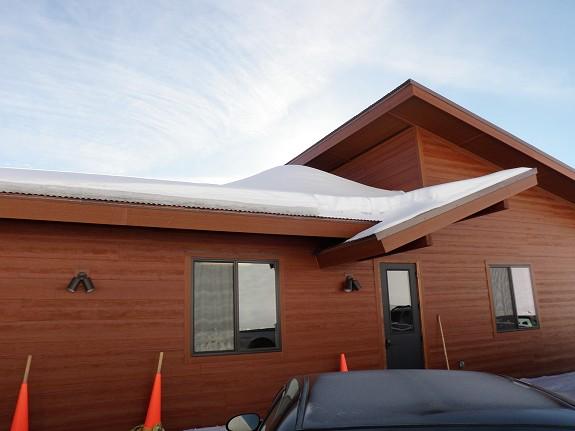 A larger view of the HotEdge Rail system working on the entire property. 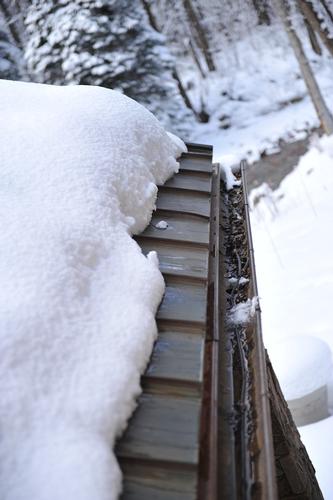 Even in areas of high snow build up, the HotEdge Rail prevents any ice dams or icicle formations on this metal roof. 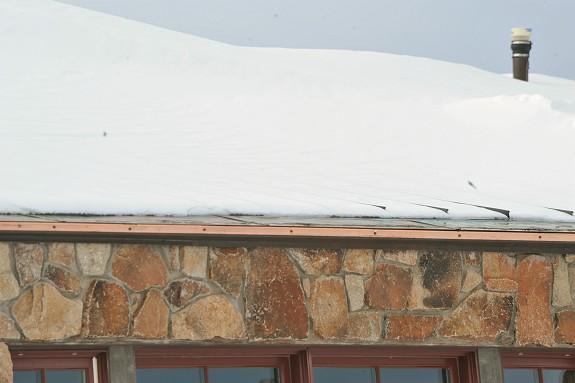 Although it is early in the winter season at this location which annually receives 300 inches of snowfall @ 11,200 foot elevation, it is clear to see how the only UL Listed metal roof edge ice melt system in America performs to prevent ice dams and icicles from forming on roof edges. The newly installed HotEdge Rail can be easily seen in this photo as it is still the shiny copper rail mounted directly below the existing metal drip edge on this copper roof. No modifications were necessary to the roof deck to install the HotEdge Rail, hence, installation costs are kept to a minimum. 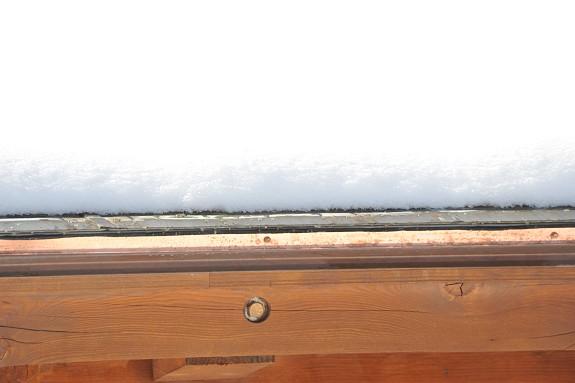 The low profile HotEdge Rail is a system that exposes the heat tape making it compliant with Article 426 of the NEC as evidenced by a UL Certificate of Compliance, Certification #E336195. The HotEdge Rail costs less, installs easy, and is effective; GUARANTEED.