Posted by admin on Wednesday, December 16th, 2015 in Ice News
no Comment. 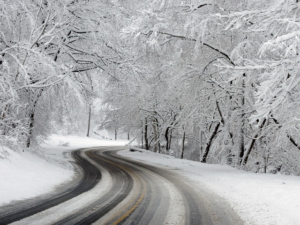 El Nino is a climate phenomenon that occurs every 2 to 7 years, and causes Pacific sea surface temperatures to warm up. As trade winds shift and conditions change, they create a domino effect that leads to disruptive weather events across the globe. Naturally, an El Nino will have an impact on winter weather.

According to the NOAA, this year’s El Nino is one of the strongest on record, and will likely impact the Pacific jet stream’s position.

The organization predicts the following for the winter season:

Simply put, an El Nino typically leads to milder winters for most of the country, particularly northern states. With that said, it’s important to remember that other factors will also affect winter weather.

It was predicted that the El Nino would cause a mild start to the winter, and these predictions have come true. Meteorologists expect December and January to be mild with minimal snowfall. The majority the country will see above average temperatures.

But these conditions won’t last all throughout the season.

Later on in the season, particularly during February, classic winter weather patterns will emerge over the eastern portion of the country. During this time, several winter storms may impact the Northeast and the Central Plains. There will also be a higher-than-average risk for significant snow in the deep South.

While we may be experiencing mild weather right now, expect classic winter weather to emerge later in the season. Be sure to prepare for the winter weather now, so you’re ready for dipping temperatures and wet winter weather.

Just because the winter may be milder due to El Nino, doesn’t mean that hazardous and damaging ice dams won’t form on your roof. To learn more about permanent solutions to prevent ice dams, contact HotEdge at (800) 411-3296 today. We are your roof ice melt system experts!